How “Internet of Things” is Changing Childproofing

by vladas in childproofing

There’s no doubt that cheap wi-fi and the IoT can beneficial in child-rearing, especially when used for educational purposes and in moderation. However, there’s a darker side to all of this new technology. 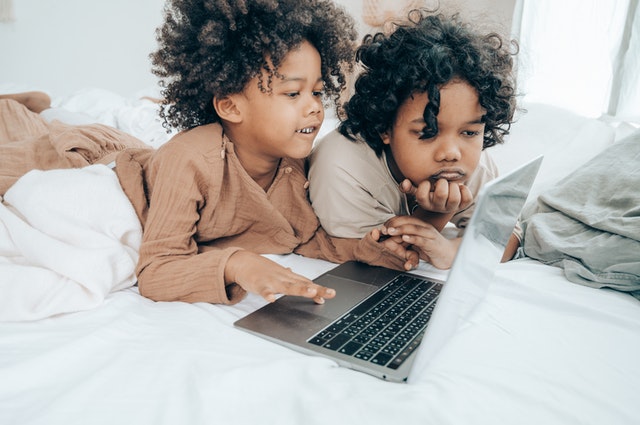 Even if you don’t follow the latest tech news, chances are, you have probably heard about the “Internet of things” (IoT). Unless you work in the field or have a particular interest in the topic, you probably didn’t pay too much attention to it. After all, we live in a world where thousands of things require our attention.

However, if you are a new parent or raising a toddler, you may want to have this on your radar because the “Internet of things” is here to stay and the way it’s transforming our homes also has far-reaching implications for childrearing overall and childproofing in particular.

What is the “Internet of things”?

During the past several years, the universe of connected devices has expanded to anything with an on and off switch, regardless of whether the device had a screen or not. Think coffee makers, refrigerators, light bulbs, washing machines, wearable devices, even lawn irrigation systems.

According to Intel, in 2020, there were around 200 billion objects connected to the internet and “talking” to each other in one way or another. It’s a lot of chatter and a lot of new challenges.

What are the benefits of the “Internet of things” for parents?

Before we talk about challenges and dangers, let’s look at the positives first. Any overworked and stressed parent can attest to the benefits of Alexa or Google Assistant: smart devices can be true lifesavers for ever-multitasking moms and dads. You can tell Alexa to set various reminders related to your child’s schedule; you can ask your smart speaker to read a bedtime story or turn off the lights and play a lullaby at a certain time.

More tech-savvy parents can take advantage of sophisticated Alexa features, such as custom skills and workflows. With a help of YouTube and search engines, one can create their own algorithms which can enable smart devices to teach your children certain skills or quiz them on desired topics.

There’s no doubt that cheap wi-fi and the IoT can beneficial in child-rearing, especially when used for educational purposes and in moderation. However, there’s a darker side to all of this new technology.

Not so obvious dangers of connectivity

Plenty of concerns have been raised about the potential harm of devices with screens, including by the very people who create and maintain the said devices and platforms. However, discussions about the impact of other connected devices are not as common.

The most obvious concern is hackers taking control of smart devices and appliances. Take, for instance, smart locks. Not having to fumble with keys when carrying grocery bags and a baby is great – just unlock the doors with an app, a fingerprint, or simply flashing your face in front of the facial recognition device. But what if a hacker can unlock your door too?

Say, a hacker figures out how to control your door locks but doesn’t act on it just yet. Next, the hacker breaches your Wi-Fi network and gains access to your computer cameras, doorbell cameras, and even your child’s tablet.

Upon gaining access to the local network, our hypothetical hacker can spy on the entire family and learn everyone’s schedules. They will know what time parents leave for work, when do children get dropped off at school or taken to a park; what time a nanny comes and goes… it’s the old-fashioned house scoping on steroids!

In the less connected world, the hacker might only gain control of devices with screens. However, in the universe of IoT, the consequences of such a breach are more dire.

What actually can be accomplished depends on the skill and intention of the hacker and the imagination of people modeling the scenario.

If smart locks are installed in the interior doors, the hacker can unlock the main door, enter the home, and lock children or pets in one room while proceeding to burglarize the property.

The hacker turned burglar can have his or her accomplice sit in a car and control smart devices and appliances as the rest of the team burglarizes the home. The accomplice can dim or turn the lights off inside the home remotely, turn on loud music on smart speakers to drown out screams or other unwanted sounds.

While pulling something like this off requires planning and skills, it may be worth it if the reward is big enough.

Negative consequences from the hacker’s actions can be immense, from physical harm and financial loss to psychological trauma for children and adults alike.

Understanding how IoT works and what new challenges it presents helps parents to be mindful of the fact that childproofing in 2021 extends beyond installing baby gates and padding furniture corners.

First, homeowners–whether they are parents or not–need to assess their overall cybersecurity with special attention to safeguarding their home Wi-Fi network.

Secondly, if you live in a home filled with smart devices and appliances, you want to make sure that parental controls are properly set up for smart speakers, TVs, refrigerators, and any other appliances accessible to your child. The last thing you want is your kids ordering Alexa to purchase an ample supply of toys and a truckload of ice cream.

Make sure all your smart devices and appliances are always up-to-date. Take time to read user manuals and regularly educate yourself on new features.

Finally, as soon as your children are old enough to understand, have regular conversations about the benefits and dangers of smart devices and appliances. Eventually, your child will need to be able to survive and thrive in a world filled with sharp objects, ovens, candles, and cars. While childproofing your smart devices is crucial, children also need to learn to respect and use technology responsibly.